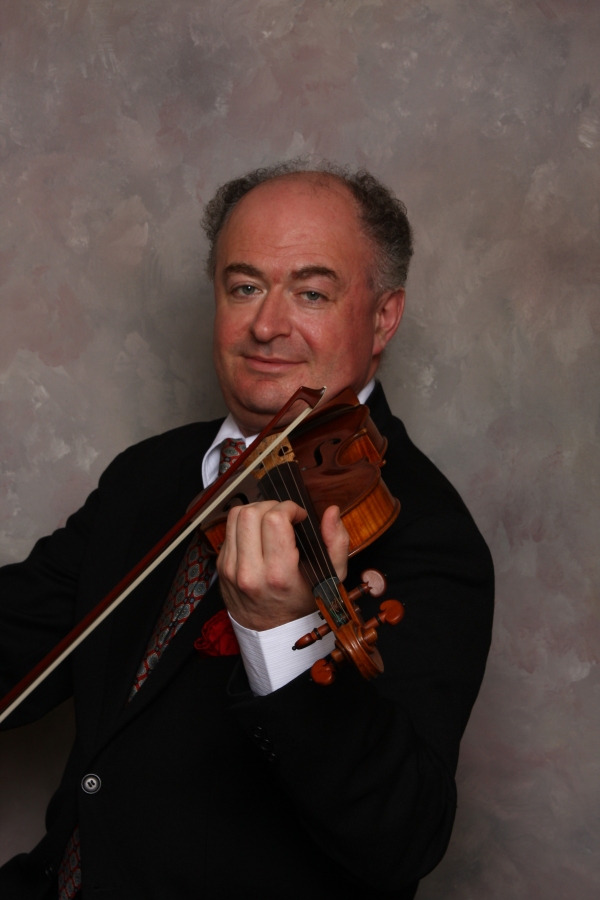 In a city happily rife with creative programming among its many fine ensembles and companies, Andrew Sewell and the Wisconsin Chamber Orchestra frequently garner the most attention for performing works typically outside the chamber orchestra box.

It is noteworthy, therefore, that last Friday night in the Capitol Theater, Sewell programmed three works all composed within a 50-year period, all of them decidedly the right fit for a chamber orchestra. Of course, the results were much the same: Incisive readings, top notch balances, and a genuine joie de vivre.

The opener of this penultimate concert of the five-concert Masterworks series was the Sonata No. 2 from the pen of a 12-year old Rossini. He wrote six of these charming miniatures in all. They were composed for a friend and benefactor, and as all composers do of any age, he customized the music: two violins, one cello, one bass. String orchestras have long appropriated the works, and it is fascinating to hear them played with about sixteen players, without a viola within earshot. One can already glean a snippet here or there that foreshadows a turn of phrase eventually heard in a mature opera or two. Sewell and his string players matched the easy breeziness of the music that seemed to reflect the long-delayed warming of our weather.

The solo vehicle for the night marked the return visit of violinist Ilya Kaler. He was here a couple of seasons ago to unleash a most memorable traversal of Tchaikovsky’s Violin Concerto (and yes, the chamber orchestra dimensions proved fascinating and viable). For this occasion, Kaler tackled the Violin Concerto No. 2 of Paganini, an even more overtly virtuosic work than the Tchaikovsky. Nicknamed “La Campanella” for the bell part in the finale, the piece, like all of Paganini’s music written for his own use, trots out every technical trick in the book (a book which Paganini himself helped to “write!”).

Kaler did not possess the same flawless technique we had heard two years ago, at least in the first movement. Here and there one of those “high-wire” sequences that race among the instrument’s highest notes were occasionally smudged. But the wicked pizzicato passages, the plucked notes occurring almost as quickly within the bowed phrases, were jaw-droppers, and the finale had all of the wit and charm the composer intended. The quick standing ovation Kaler earned was paid back by an encore of a gentle and pristine rendering of the Gavotte from a Bach Partita.

The second half of the evening was devoted to one of Haydn symphonies far less traveled by orchestras of any size, No. 81 in G Major. Dating from 1784, still well before Haydn’s fame reached its ultimate height with his two sojourns to London in the 1790s (and resulted in final dozen, and most famous, symphonies), this is a work that could represent the template of the classical symphony. The orchestra was in top form in the opening Vivace, and the Andante second movement was a sliver of drama sandwiched between slices of tenderness. The Menuetto was one of those full of the earthy energy that Haydn tended to mine far more often than Mozart, and the finale brought the evening to a brisk and most satisfying conclusion.

And so we come all too quickly once more to one final Masterworks concert, this one on May 11. That evening will see the return of not only pianist John O’Conor…but Sewell back to his penchant for illuminating the “big orchestra” works with his wonderfully transparent ensemble. It is an all-Beethoven program, with O’Conor in the Third Piano Concerto, and the mighty Fifth Symphony to close. And while we all celebrate the fact that Concerts on the Square won’t be far behind, I urge everyone who has not experienced the WCO indoors to try it once. See you there!