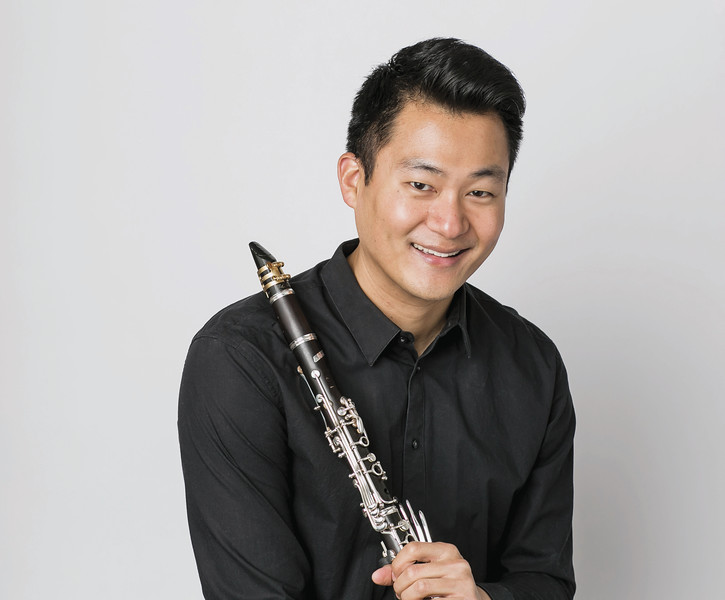 DeMain gives three players a chance to step out as soloists

For many years now, Madison Symphony Orchestra music director John DeMain devotes one subscription program to highlighting a player from his ensemble as the soloist. Often it is the first concert of the season, but this year scheduling needs necessitated a change. This past weekend turned out to be that “homegrown” program, and Sunday’s performances proved well worth the wait.

This is no surprise, of course. Anyone who has been sampling (or subscribing) to the MSO, particularly over the last decade or so, can hear how fine the playing is. This time DeMain found a way to given not one, but three, players their moment in the spotlight—and this in a program that featured five composers from different nations and certainly different styles.

DeMain opened the event with one of the greatest early Romantic symphonies, the “Unfinished” Symphony (No. 8) of Schubert. Its lyrical yet dramatic opening movement, paired with an exquisite (yet dramatic!) Andante con moto was the perfect vehicle to give each section of the orchestra their due. Perhaps not surprisingly, the most memorable stretches came when everyone was engaged, and being led by the MSO’s wonderful string section.

The first soloist of the afternoon was concertmaster Naha Greenholtz, offering Prokofiev’s Violin Concerto No. 2. Although we get to hear her in small solos from her seat, it was more than a reinforcement of her talents to experience this challenging work. Despite its moments of virtuosity, it is really a work of great lyricism and introspection, from the moment Greenholtz started the piece unaccompanied through the unforgettable second movement Andante.

Post-intermission opened with principal clarinetist JJ Koh, who has been putting a lot of miles driving on I-94 since he became assistant principal clarinetist of the Milwaukee Symphony (pictured above, courtesy of the MSO). Fortunately we have not lost him altogether—and his circumstance points up a dynamic that has become more common with the MSO in recent years. (And let’s not forget that Greenholtz also holds a concertmaster position in Des Moines with the Quad Cities Symphony). When seats open in the MSO, auditioners come from far and wide (frequently even from Southern California), and sometimes to our dismay, move on all too soon to a more prominent position. But it is a testimony to DeMain’s long-range orchestra building that he gets these great young players here, regardless of how long they stay.

Koh filled Overture Hall with the perfume of Debussy’s “Premiere Rhapsody” for clarinet and orchestra. In a mere eight minutes, the composer weaves and wafts a heady mixture of texture that uses the full orchestra without burying the soloist. For his part, Koh navigated the subtle dynamics and delicate runs with total mastery—and I speak with the authority of an erstwhile clarinetist who struggled mightily years ago with Debussy’s hypnotic opus.

The MSO brass section has been anchored since 2013 by the affable Josh Biere, a man who, carrying his tuba easily as he strides across the stage, appears to genuinely anticipate having a good time. What, you didn’t know there are concertos for tuba? Well, I’ve known for a long time that the first one was by the English master, Ralph Vaughan Williams, but had never gotten around to hearing  it. In three brief movements, Biere had multiple opportunities to reveal to a surprised (and ultimately, adoring audience) how lithe and supple the instrument can be. The tuba has a much larger range than most people might suppose, and we had everything from a low C-flat that sounded as though it lived at the bottom of an abyss, to lyrical melodies that brought a baritone range to mind. We even got thrills from trills—who knew that a tuba could do that! Most stood quickly at the work’s conclusion to give Biere his due.

The concert closed with one of DeMain’s specialties, Gershwin, in this case the tone poem “An American in Paris.” Our resident maestro knows this music better than most, and all the bluesy inflections and sassy swing sprang into vibrant life. It was also a reminder of how deep the roster is, as trumpeter John Aley dug deep for his solo work.

Now we look forward to the April concerts (12-14) featuring a long-awaited local debut of pianist Marc-Andre Hamelin, in a great program of Mozart, Strauss, Ravel and Debussy.

One thought on “Madison Symphony Celebrates Its Own”