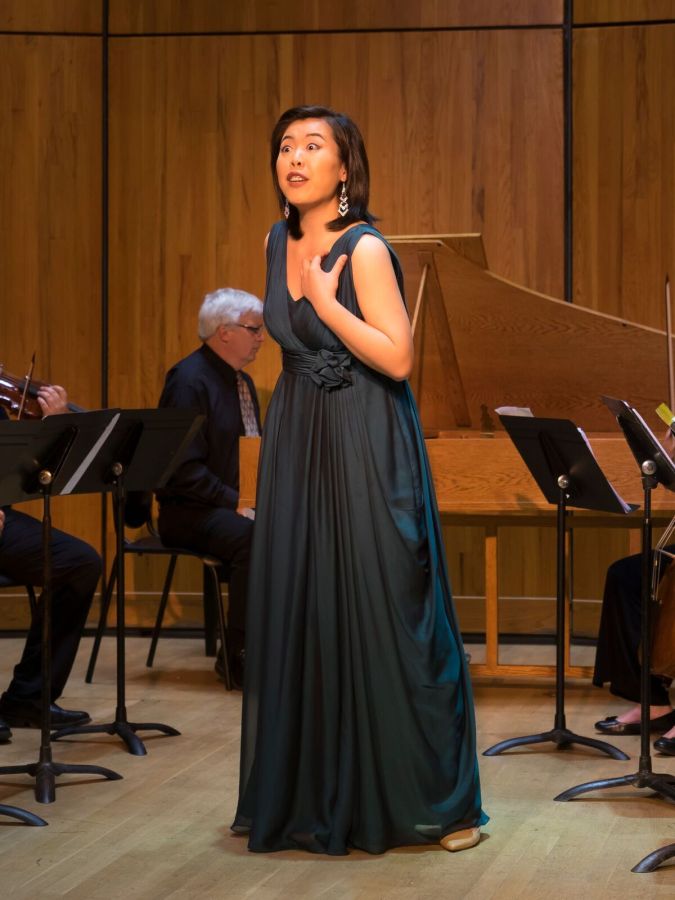 My clarinet professor in college said this was the best piece of advice he could give: “Make your excuses before you perform.” That gives context to say that the 5th annual Handel Aria Competition took place Friday night, June 9, and I’ve been driving buses and vans every day since—including to Niagara Falls, Ontario. This is how we pay most of the bills, and the big trip to Canada came up very suddenly. My only regret is in being so tardy in issuing plaudits to the organizers and performers of what has quickly become one of the premiere musical events of Madison’s musical calendar.

When I moved here from the Los Angeles area in 2001, I had no idea that within a few years, Madison would start a gestation period that in recent years has birthed what can fairly described as a legitimate reputation as a Midwest mecca for early music. The Madison Early Music Festival was just being launched, the early stages of the Madison Bach Musicians began to emerge in 2004 (they consider this fall their seventh full season), and in 2013, Dean and Orange Schroeder launched the Handel Aria Competition. This past year saw 105 applicants throw their names into the mix, and on June 9 we had the distinct pleasure of hearing the seven finalists.

The audience in Mills Hall seemed smaller than I expected, and it may be a matter of timing; I seem to recall that it has sometimes been held closer to, or even within, the dates of the Madison Early Music Festival (of course, it’s possible that was the intention, and schedules collided). But we still had MBM founder Trevor Stephenson and four of his string players and a Baroque oboe for two singers—and most of all, we had seven already highly accomplished vocalists.

One of the most interesting aspects of the HAC is that each finalist is required to sing two number, one in Italian and one in English. Handel of course wrote scads of Italian operas—for London audiences!—and when that passion (among audiences) ebbed, he turned to oratorios in English.

The first two singers were Johanna Bronk, a mezzo-soprano with sparkling credentials already, and soprano Nicole Heinen, who completed her graduate  degree here at UW-Madison. In the larger perspective they emerged as “merely” accomplished and assured singers, which gives you a clue as to how stiff the competition was.

Mezzo-soprano Nian Wang followed (pictured above, courtesy of David Peterson), and one could practically see everyone in the audience scoot to the edge of their seats as she offered “Where Shall I Fly?” from Hercules and “Crude furie” from Serse. She brought wonderful physical gestures to both numbers that added just the right touch—expressive, but never distracting—from her wonderfully smooth vocalism.

The first half closed with tenor Brian Giebler; the opening minutes of “Ecco il sol” from Resurrezione seemed a bit cautious, but he soon opened up with some strong phrases, which carried over to “Love in her eyes sits playing” from Acis and Galatea.

The second half saw Clara Osowski lead off with “Cara speme” from Giulio Cesare, and frankly, she had me at “Cara.” There is a natural bloom to her voice that is irresistible, and her nuanced control of soft dynamics will be a lingering memory. She also gave us the best English diction of any of the singers, with “Scenes of Horror” from Jephtha, and also revealed an ability to still project vibrantly in the low register of her mezzo instrument.

There is almost always one countertenor in the mix, and Andrew Rader proved an impressive one in selections from Saul and Serse. The latter was the same aria Wang had offered, and while Rader’s vocalism was always pleasant, his interpretations were only intermittently compelling.

Tenor Gene Stenger closed the evening with arias from JudasMaccabeus and Radamisto. The voice is strong, borderline brilliant, and my only quibble was that both arias had an aggressive, militaristic style about them. After the stirring “Sound an alarm!” to open, I was hoping for something that might showcase his lyrical gifts. We’ll have to hope for another occasion to sample that side of his talent.

And so the deliberations began among the three judges, while the audience also got to vote for their own personal favorite. As we waited, I pondered again the paradox of attempting to “judge” in any way such subtleties of creative expression. Although there are some basic criteria, and a wonderful page in the program by John Barker, “How to Listen to Handel Arias” gave most of us a clue. Then again, he didn’t write “How to Judge” a Handel aria… Then it occurred to me that, no matter how fair or possibly capricious the exercise may be, these young people are after all competing for even bigger prizes—paying jobs on major stages—all the time.

As far as the audience was concerned, all seven singers received at least some votes, with tenor Gene Stenger getting the most from the unofficial judges. As for the official results, my favorite, Osowski, was named third place winner, Stenger took second, and Nian Wang copped the top award. Now all we have to do is find a way to make the Handel Aria Competition a standing-room-only event.

One thought on “Belated Bravos for a Most Deserving Event”